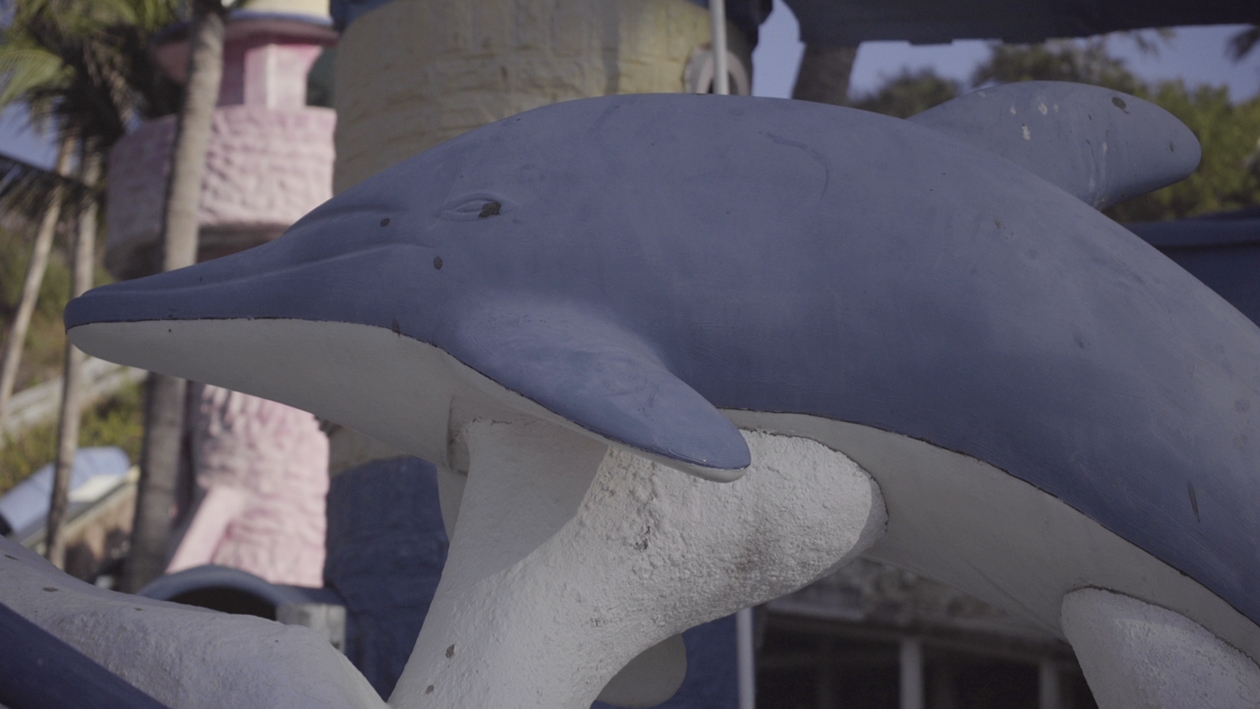 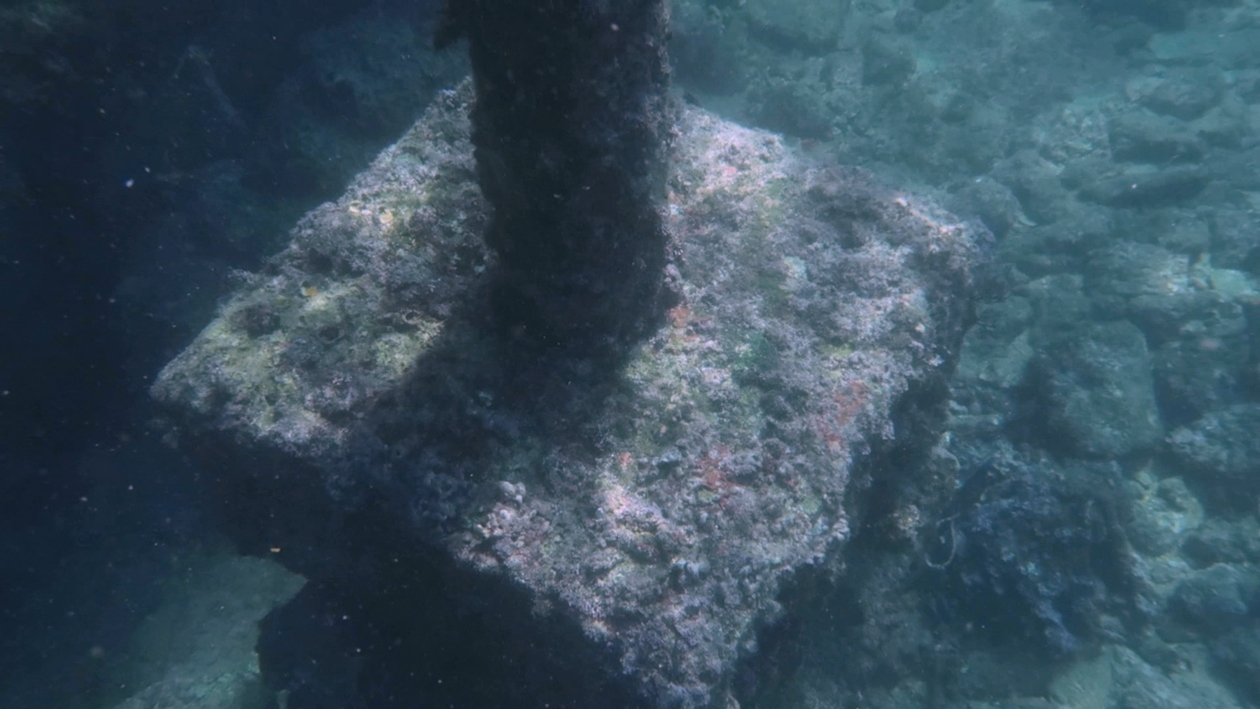 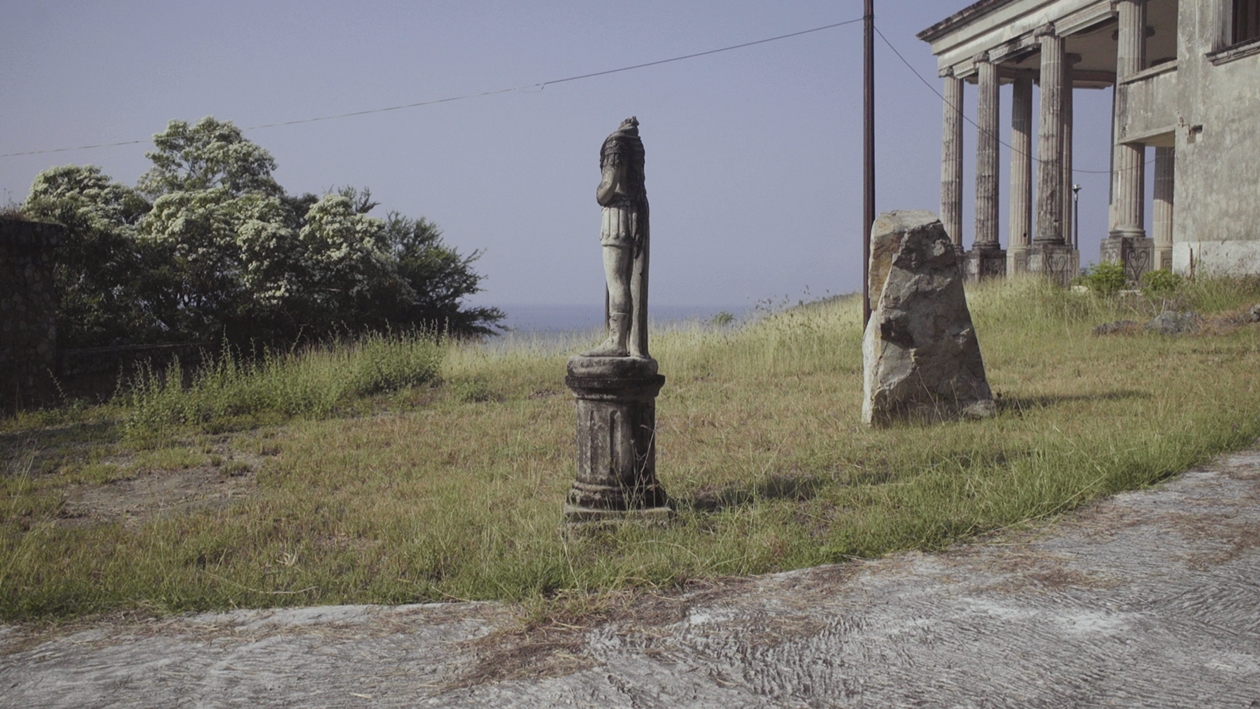 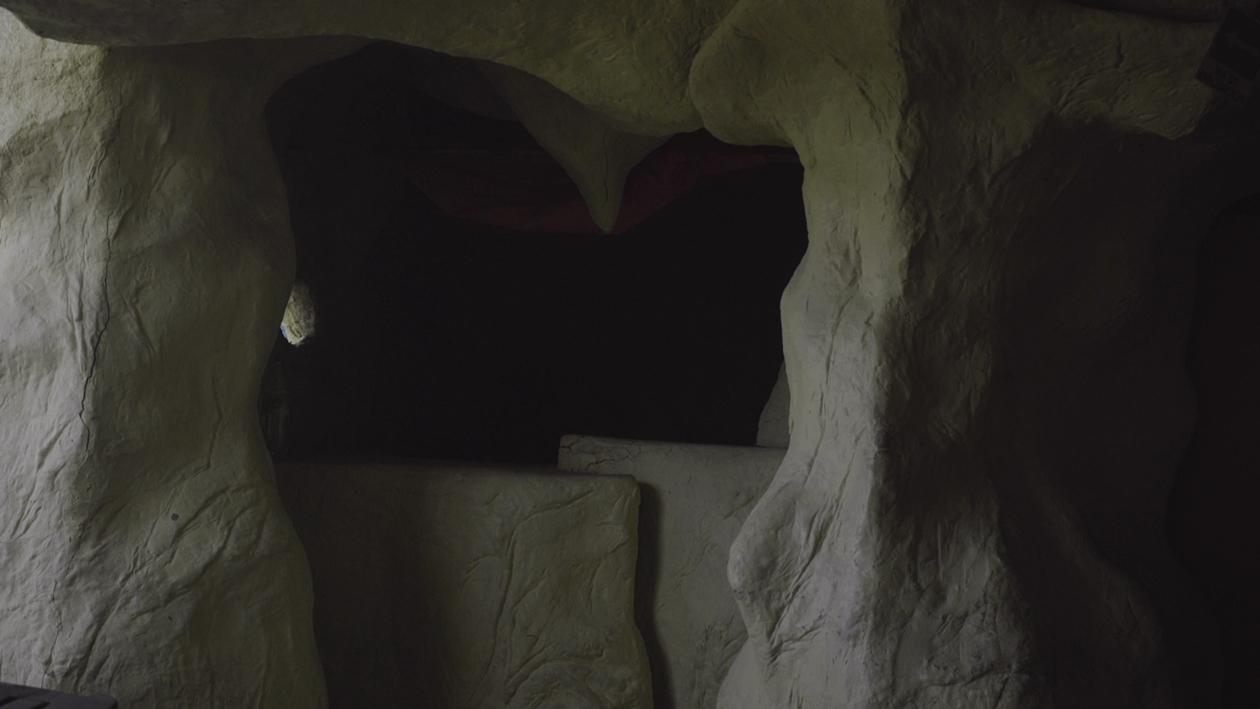 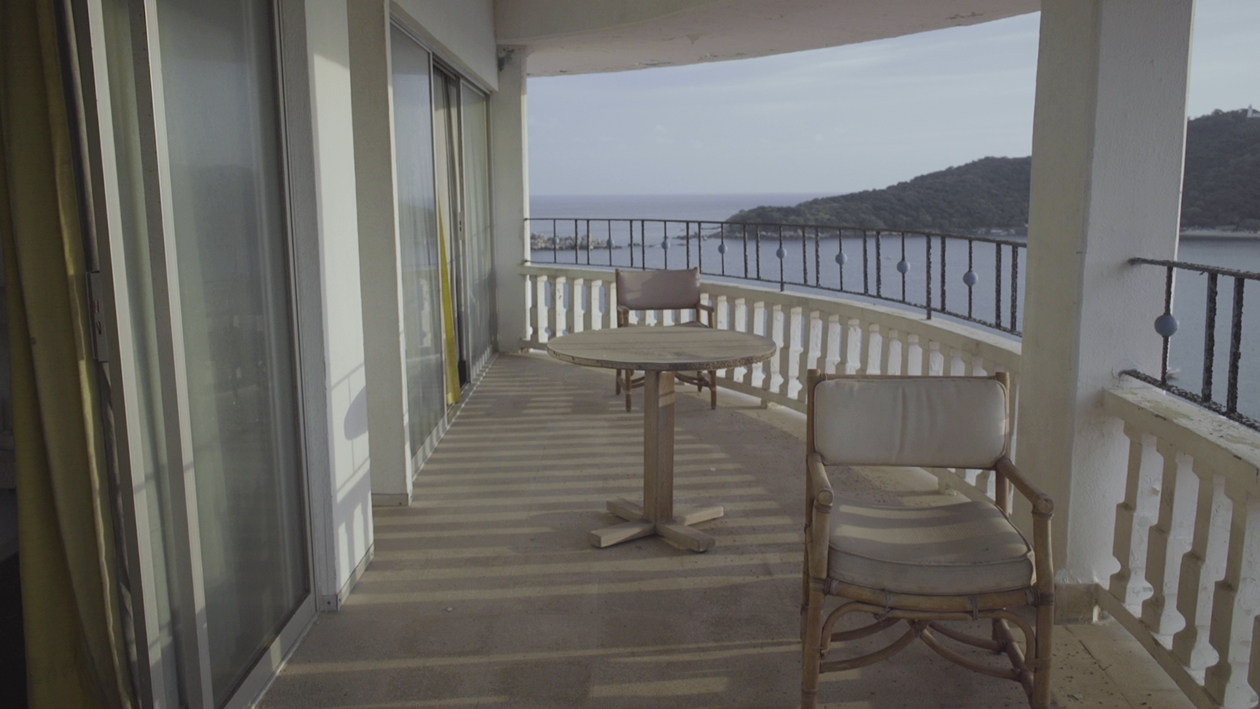 The film navigates this aftermath observing the signs of an evacuated civilisation. Marine life is represented in murals and as forms of architectural ornamentation. A dolphin remains still, joyfully stuck in mid air, turned to stone. In contrast to constant life and movement underwater, the other side remains still, quiet, and solid in a concrete-made world. Occasionally, the voices projected from the speakers interrupt these silences to make announcements to visitors.

The humans are gone but diverse life forms fill the architectural spaces they left behind. It’s as if amongst this absence the architecture and infrastructure of tourism whispers its own story. The pipes that once supplied aquariums and waterslides now breath notes. The curtains of a once luxurious hotel dance in the ocean rhythm.

These spectres of tourism are searched within the process of film production. The filmmakers make audible their casual conversations in which they search for meaning and imagine different lifeforms of the future. It might be relevant that a pandemic was sweeping through our world throughout the film’s production. Perhaps the film is a post-apocalyptic projection of their own remembered economic disasters. As a generation that experienced the false promises of progress and freedom, they also look into their own connections with the island of Capaluco: The collapse of the neo-liberal economy in Argentina and failed American dream to a Filipino immigrant. ​