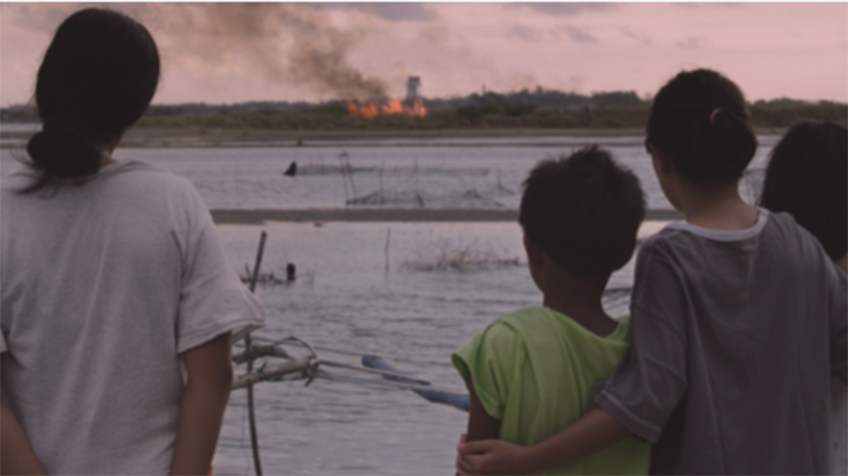 Norte, the End of History

We do not necessarily have to think of the birth of tragedy from the grand discourse called the end of history. However, through the thoughts of a young intellectual (Fabian) with a pessimistic worldview, the film hints at signs of the Philippines’ colonial history, fascism, and ethics. As revealed in the long opening sequence that begins with a conversation among three intellectuals at a café, Fabian emphatically denies the destruction of mythology in the religious sense, anarchy, existence, and God, and considers himself a tragic philosopher. This is also the director’s understanding of Andres BONIFACIO (a Filipino national hero who led the movement to seek independence of the Philippines from Spanish rule), fascist Marcos’ political opponent and antipode, who was later executed. In this documentary, Lav DIAZ reproduces the worldview of Raskolnikov, the protagonist of DOSTOEVSKY’s Crime and Punishment, through the modern history of the Philippines. In an interview, DIAZ remarked that the film is a metaphysical question related to his cultural experience, and Filipinos’ way of looking at the existence of God and beliefs. Fabian, who murders a loan shark and her daughter, endlessly alludes to the affirmation of destruction. As unexpected situations are unfolded in the latter half of the film, Fabian realizes that he is confronting not guilt but fear of a Christian and fundamentalist society. Through a long take, Lav DIAZ transforms the northern Philippines into a space of anthropological pathos. The sequences that depict the daily lives of Joaquin, who goes to jail for Fabian, and Joaquin’s wife Eliza seem to be a digital reproduction of paintings by the 17th century Dutch artist, Pieter de HOOCH. They include the scenes that capture the faces of indifferent looking Fabian, Joaquin, and Eliza; the outdoor and indoor scenes with Eliza and her children; and images of nihilistic spaces created using the light and simple colors. From the anthropological perspective of Robert BRESSON, this documentary is the history of space created not by the will and actions of a hero but by their existence. (JEON Sung-kwon)