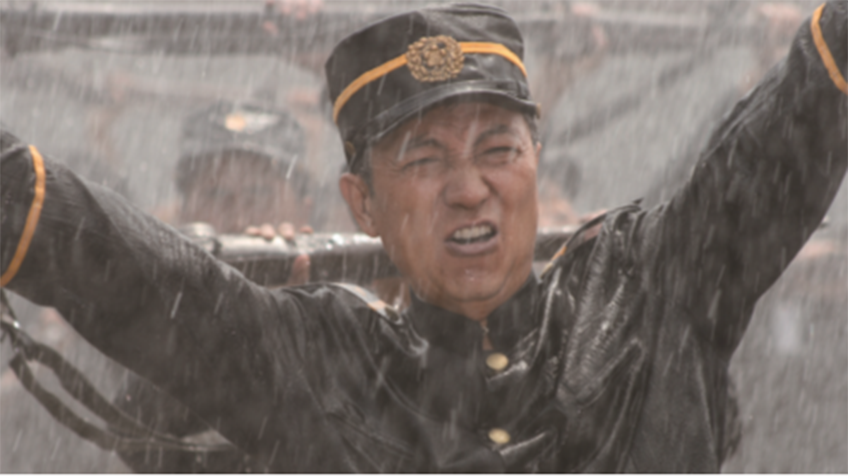 In 2008, Singaporean documentary lmmakers Lynn LEE and James LEONG were invited to the Pyongyang International Film Festival with Aki Ra’s Boys. There, they got a glimpse of a lm industry like no other and wanted to nd out more. It took them more than half a year to get the permission to shoot from the North Korean government and there were conditions to follow: The crew should always be accompanied by a government representative, all of their footages should go through a review by North Korean censors, etc. After much deliberation they decided to go ahead, and in making The Great North Korean Picture Show were given access to Pyongyang’s main movie studios, which includes sets that are built to resemble South Korea and the U.S. Neither North nor South, from a third person point of view, LEE and LEONG show us rather shocking life of North Korean artists in Pyongyang. Based on KIM Jong-il’s Juche idea, the movie stars and directors think their primary role is to serve their leaders and craft messages that would glorify them and see themselves as creators of propaganda, rather than makers of entertainment. Considering that North Korean lm industry seems inexible and anachronistic but the atmosphere at the shooting site is surprisingly lively, passionate and humorous. Yun-mi, a student of Pyongyang University of Dramatic and Cinematic Arts, might seem unfamiliar to South Korean audience at rst. But as the camera follows her around, we observe her life - struggle with her parents’ objection in order to become an actress, pressure to lose weight, jealousy towards her colleague, and calling her mother “mother” etc. - we get to know that her life is no different from the one of any student of South Korea in their early 20s. The most interesting point in The Great North Korean Picture Show is the objectivity created by the limited freedom of creation. North Korean government only shows us what they want us to see and within the limits, keeping a certain distance and communicating through subtitles, the two directors reach the essence of documentary: delivering only the facts. As a result, their work demonstrates the universality of an art scene rather than the distinctiveness of North Korean society. And the South Korean audience, ironically enough, nd that “universality” new and unusual. (KIM Hyeong-suk)