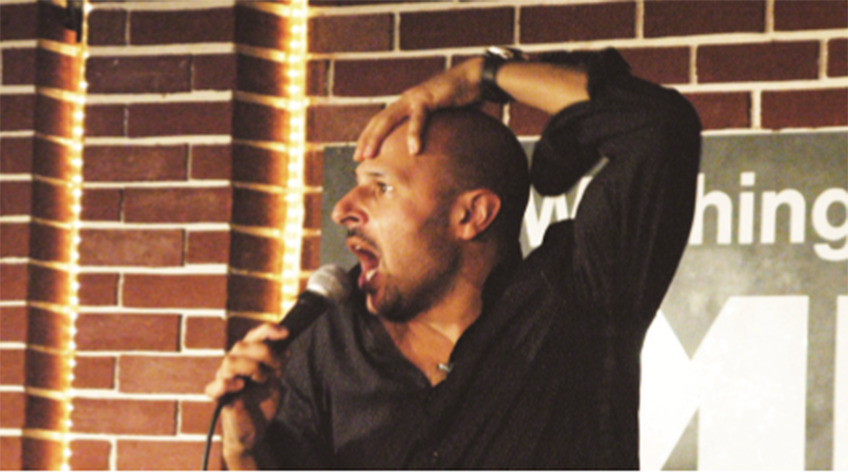 In a scene from Valentino’s Ghost, Arabs dressed as the Na’vi protest, saying, “We are just like the Na’vi from Avatar.” Besides this scene where the Arabs have re-enacted the protests themselves, the film mostly shows images of Arabs in Hollywood films and Western paintings. Beginning with the male sex symbol Valentino featured in the silent film The Sheik, to the portrayal of Arabs as a symbol of evil, images of Arabs in a number of films are presented in this documentary. Director Michael SINGH collected a vast amount of materials including films, paintings from the 10th century, and even German cartoons. Yet the film does not stop at lining up these images in order. It systematically explains how the historical background, including the long-standing conflict between Israel and Palestine, the Iranian Revolution, and 9/11, is related to cultural representations through interviews with historians and journalists. Chapter titles, such as “The Arabs Hero” or “The Arabs as Attaker,” allows for a solid understanding of the message in the film. The documentary ends with the words of a historian. One of the main interviewees, Melani McALISTER, mentions that changes are occurring as the number of people who want to learn about Arabic history and students who realize that the media is conditioning the ways they think are increasing. She emphasizes that it is time for the United States to reconsider its role in international society. There was a time when Koreans who used to connect Israel with “good” and Palestine with “evil” from the characters in Exodus featuring Paul NEWMAN, had been completely shocked by the book Conversations with 800 million People. A single book or a single motion picture that can change images and stereotypes is valuable in itself. One interviewee criticized the fact that we do not ask why the Arabs are angry. We need to ask “why” all these affairs are happening. The film thoroughly explores this point. Between words and interviews, video clips and images are inserted to rouse interest in the viewers. The sincerity heard in the voice of Mike FARRELL, a social activist and an actor, leads the audience to deeply consider the issue of “reproductions that call for animosity.” (MOK Hae-jung)