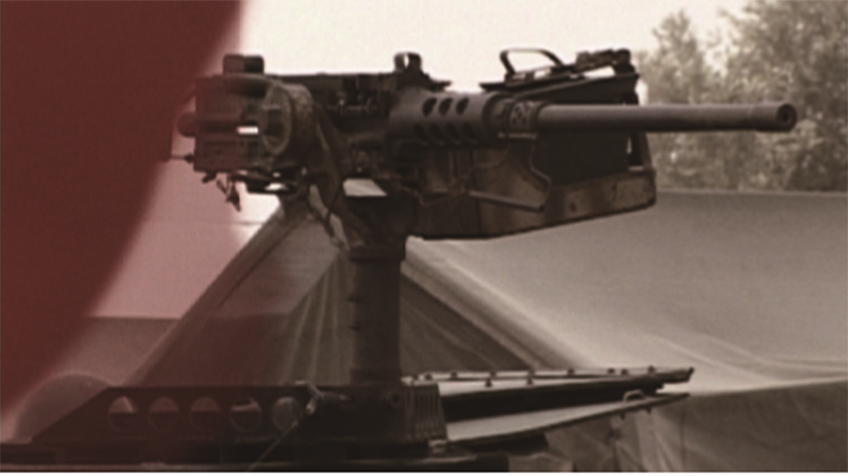 In a barren desert, severe wind storms are blowing. Only insects are busily moving around to live and a huge flock of temporary tents are situated on the desert. Since the insurrection of political riots and violence in Libya, more than a million people crossed the border of Libya to Tunisia and settled down in a refugee camp built near by the border. Babylon is a documentary which literally observes and follows the daily life of refugees without a narration, character, and any events. Refugees in the camp build temporary toilets, line up for rations, pay worship in set times and play volleyball. The people from aid organizations are doing their job to maintain the order, and international media are busy to capture those images. However, this film doesn’t just portrait the hell-like images of the camp. Mostly keeping the distance, the camera follows the scene of people gathering to dance and sing, and takes an interview with a refugee man who talks about the conflict between Islam and Christianity and the wisdom which God gave us. At the end of the film, ignited by a trivial matter, a conflict between refugees from African countries and refugees from Bangladesh begin, and the conflict turns into an act of violence. It is ironic to see the violence and madness of the people who initially crossed the border to escape from violence. This film examines a different side of the Arab Spring. (KIM Young-woo)