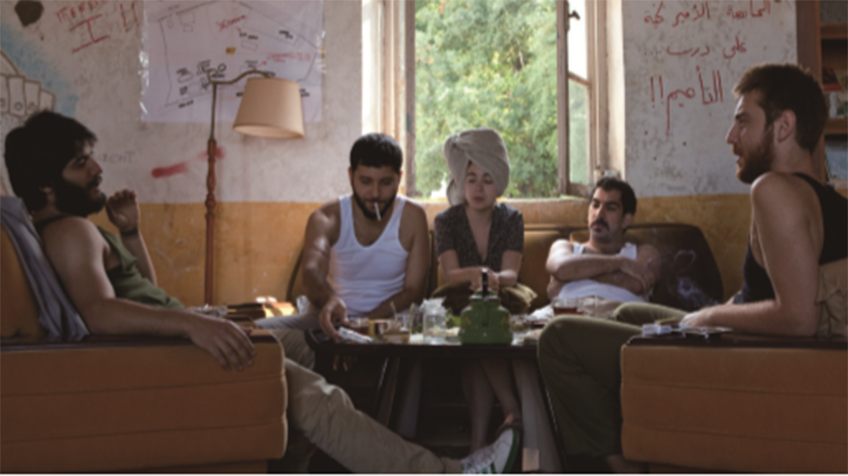 74 - The Reconstitution of A Struggle

In the middle of the dynamic 70’s, there were college students. May 1968 in France and Anti-War Movement in the United States are not all. Student movements spread to the Third World countries and Lebanon was not an exception. Today, after about forty years later, this documentary represents a college student movement for 37 days in Lebanon that started from a fight against tuition and developed into a struggle for the nationalization of baking industry. After the events that were held from March 19, to April 24 in 1974 were briefly introduced in the film, the audience is dragged to a place somewhere in a university. Students, seemingly the movement leadership, busily collect data and discuss matters. The picture of Che GUEVARA is hung on the wall where the portrait of President Nixon was. But this faithful and energetic atmosphere in early scenes gradually changes. As the period of occupying school spaces and confrontation is prolonged, they start disputing on the level they ask for and it creates conflicts. Later, a forlorn look of where the students were, answers to how the 37-day protest end with the intervention of Israel. The directors, brother and sister in reality, as well as experienced journalists, have us face the year of 1974 in Lebanon with a unique way of reconstitution based on a thorough research. Young people, a generation later than the real characters, go back to that period and have interviews, speak through a megaphone and debate passionately. This ‘reconstruction of protest’ made of mainly conversations in confined spaces gives us a feeling as if we watched a serious play. Lebanon, in Korea is mostly mentioned as an opponent in a soccer game or in an issue of dispatch, has sad history of war against Israel and prolonged civil war. The youths who experienced the war in 1982 that the film Lebanon and the animation Waltz with Bashir covered, show hope and passion back in 1974. We can hear directors saying the memory of 1974 must not be remembered as frustration only to the young and this is because their agony has the universality. (MOK Hae-jung)