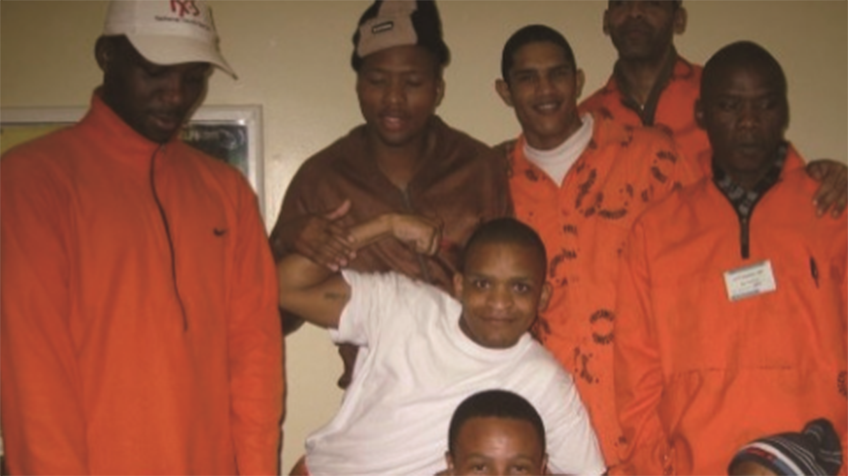 Most teenagers living in non-white neighborhoods in South Africa follow the same path of life: commit a crime, be imprisoned and become a gangster. The order may be different but the consequences are pretty much the same for most of the youngsters including Peter John CHRISTIANS. Peter, in for the murder of his stepfather, has survived South Africa’s most notorious prison, Pollsmoor. With imprisonment behind him, Peter must work hard to reintegrate with the community. And the camera follows his rehabilitation process. It would be easy to say that the main cause of South African teen crimes is the environment they live in but that’s not what this documentary is trying to say. Instead of searching for direct causes of crimes or certain social problems that push the teens to the limit, the film focuses more on the personal stories, on a young man who is trying to overcome his troubled past and about to start a new life, his efforts and the rehabilitation. Like in a movie based on a true story, a warm, touching atmosphere dominates Incarcerated Knowledge. Peter has a passion, music, and will use this to turn himself from a victim of the ghetto to a hip-hop artist. He feels responsible to tell his story to people. He talks about the tough life he’s been through, his strong will to overcome it, and the honesty in his lyrics moves people’s heart. With the support of his brothers and divorced parents, he pushes himself hard to build a new life. But when he confesses his lies, the tranquil storyline sways. It wasn’t easy for Peter, who has been pleading self-defense, to tell the truth about the night of the murder. As a part of justice recovery project, the prison runs a special programme to encourage the criminals and their families to admit their crimes and themselves. Peter also admitted his crime through this programme. And now he performs for the prisoners who are participating in this programme to deliver his message: “Fight for your dreams” Yet, don’t forget this is a documentary not a fake story with a happy ending. (HAN Song-i)