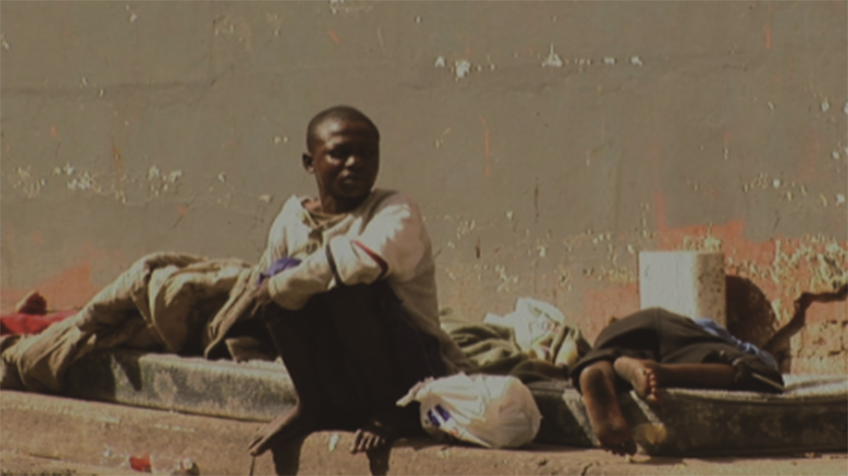 In 2003, college student Billy RAFTERY took a surf trip to South Africa and made a stop in the city of Durban, finding more than just waves ― he stumbled upon the subject for a documentary in Ariel, one of the thousands of street kids who live on Durban’s Point Road. Angels in Exile, narrated by South African actress Charlize THERON, is the cinematic culmination of that project. Started from a stranger’s curiosity, the camera follows these lives over the course of many years, as they deal with heartbreaks and ups and downs. And after 10 years in the making, the project is completed with the help of THERON’s Africa Outreach Project. RAFTERY is now preparing his second project on the same matter. Documentary films often use their cameras to politicize certain social issues but easily expose their weakness in having a profound insight into the core of the problem and finding appropriate solutions. It is difficult to say that Angels in Exile has caught the core of the street children issue, but RAFTERY did have captured a deeply intimate and realistic look at the lives of these street kids and the circumstances that dictate their situations thanks to the innocence and immaturity of the kids. Most kids on Point Road have run away from the domestic violence and indifference of their family. Among them, the film follows Ariel and Zuleika, two street kids who are caught up in a vicious cycle that includes drug abuse and crime. Ariel left his father who has suffered a stroke and, therefore, unable to protect him from his step-grandfather who constantly abuses him. The street smart and sassy Zuleika is in an even more treacherous circumstance. This 11-year-old girl has escaped from her stepfather’s sexual abuse and violence and she’s HIV-positive. Another important reason that keeps these kids away from home is the addiction to huffing glue; most kids start huffing to forget their hunger, pain, and sadness. The audience will never forget the horrible faces of children addicted to glue sniffing. The third main character in the film is Umthombo, an outreach organization in Durban, largely made up of former street kids, who counsel their former friends, and try to get them the treatment and housing that they need. After going through the worst time of their lives, the two kids – now 18 – stand in front of the camera again. As the saying goes, after a storm comes a calm, we can see the happiness over tiredness on their faces, like those who have just settled down after a long wandering. But despite the happy ending it is difficult to remove the overlapping afterimage of the thousands of homeless children. (HAN Song-i)