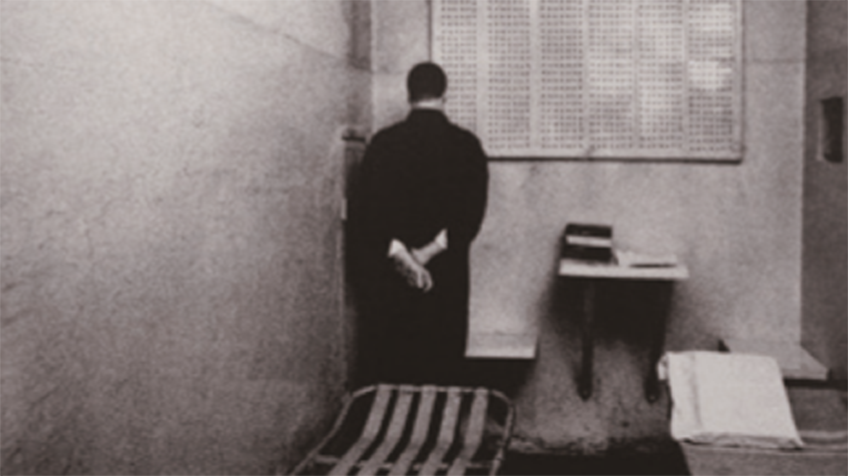 If The Restricted Area sketches the daily lives of imprisoned boys, the director now aims his camera at the prisoner who is sentenced to death. Through many questions, the director makes Valery DOLGOV trace the root of the crime. And he asks the audience. Is it reasonable that people decide on other people’s guilt? Is it fair that people give punishments? The film is divided into three parts broadly. The interviews of DOLGOV before being sentenced to death, his condition when he is given the death penalty, and his interviews after 20 months since then. Before the death penalty was given to him, Valery was a young man who looked back on his deprived childhood caused by family discord, and dreamed of the city life. He calmly tells that he was exposed to money that leads to power at the army and school, which eventually lead him into the black market to earn easy money, then naturally ended up committing murder. However, he couldn’t hide his anxiety because it was the day before the final ruling. Right after the final judgment, Valery talks to his father with disappointment, then puts on the prisoner’s uniform, gets a haircut, is handcuffed and heads for his cell with a blank look on his face. Twenty months after Valery had been imprisoned, he suffers from a variety of nightmares every night, sheds tears of guilt when he listens to his mother’ s interview that the director brought. The film leads the audience to concentrate on the story through the close-up shots of Valery, who is faithfully taking part in the interviews. However, the film sometimes stimulates the audiences. Although, it doesn’t reveal the filming site in earnest like Contempt by Jean-Luc GODARD, the frequent appearances of the film crew throughout the film have the audience to snap out and think more. Moreover, it rhymes the beginning and the end of the film by showing photos of 8 month old Valery and his parents. The director, who has been a privileged journalist and photographer before working as a filmmaker, takes full advantage of the power that photography has. The photos show multi-layered usability as means of helping the interviewee’s remembrance, connecting and arranging stories, amplifying the feelings as well as providing simple information. We need to note that this film not only has the dignity of its message, but also elicits the thought from the audience through the complete plan of the director. (Jinna LEE)