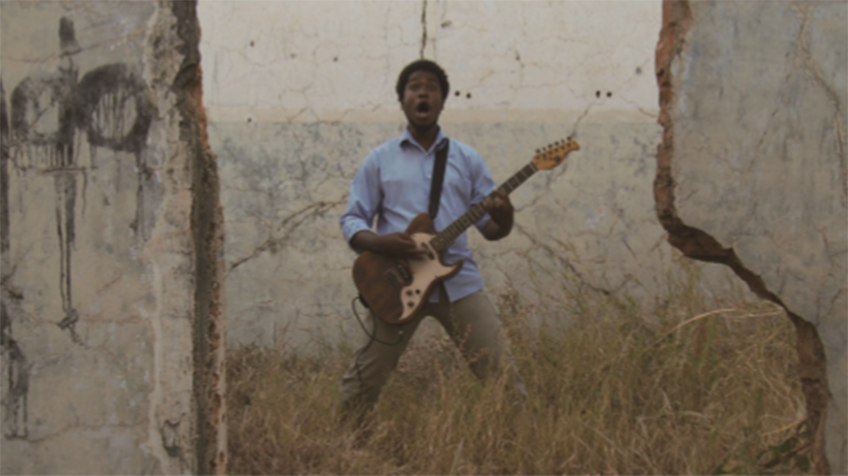 For nearly forty years, Angola experienced a brutal war. In this war-torn country located in the southwestern part of Africa, buildings have been destroyed everywhere and people have exhausted looks on their faces. Yet, there are signs of peace in this seemingly cursed land, and the country is slowly rebuilding itself. The Angolan War of Independence against Portugal devastated Angola. Then the civil war that continued until 2002 caused the country to disintegrate, and thousands of war orphans began roaming the streets of Angola. A brave and beautiful woman named Sonia runs an orphanage for fifty-five children in Angola’s second largest city, Huambo. Sonia’s boyfriend Wilker is a guitarist in a death metal band. The post-war popularity of hardcore death metal, trash metal and death core music among the youths of Angola is partly due to the failure of the plan to reconstruct the country. The Angolan youngsters try to nurse their anger by writing defiant lyrics and shouting rebellious music in front of everyone. This marks the rise of a brand new post-war generation in Angola. According to Sonia, the sound of death metal is a good way to “clear out the debris from all these years of the sounds of war.” Even though they already have their hands full with running the orphanage, Sonia and Wilker dream of mounting the first-ever national rock concert in the war-ravaged city of Huambo. Director Jeremy XIDO follows their ambitious and desperate project with his camera. Sonia and Wilker bring together some hardcore musicians from other parts of the country and combine their concert with the campaign for removing bombs and mines. Their performance of hardcore rock in a very hard place full of ravaged ruins seems profoundly harmonious. This film is just as stylish as hardcore music, presenting not only the performance of highly talented Angolan bands, but also the stories of some charming young residents of the orphanage. The works of young graffiti-artist Yakuza greatly add to the film’s vitality. These days Angola is fast growing as the epicenter of African hardcore music. We only hope that the first ever Angola rock concert will develop into a successful festival visited by many bands from all over the world and thus bring the city to life. (JEONG Minah)