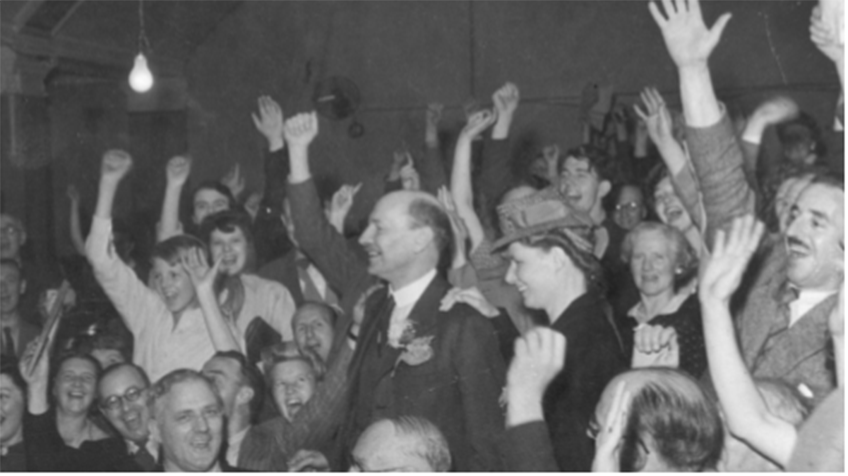 English filmmaker Ken LOACH on former British Prime Minister Margaret THATCHER’s death: “How should we honour her? Let’s privatise her funeral. Put it out to competitive tender and accept the cheapest bid. It’s what she would have wanted.” LOACH expresses his anger towards THATCHER’s Britain during her regime in this documentary and shows his political orientation more directly than in his previous works. The Spirit of ‘45 recalls the political tide of post-war Britain, an “ideal” society about to come true under the government led by Clement ATTLEE. It shows how the breath-taking achievements of the 1945–51 Labour government were possible thanks to the buoyancy created by waves of hope and empowerment that flowed through society after the war. People who suffered from the poverty during the war voted for the Labour Party who promised welfare for every citizen. And as they guaranteed, the government gave people home and free healthcare. But then a vindictive Margaret THATCHER suddenly appeared in 1979 to dismantle the great achievement. Archive footage is interspersed with personal recollections from a selection of workers and the rhythmical black and white images and beautiful background music make the Labour’s regime look like a dream. The interviewees provide poignant anecdotes about the poverty of the 1930s, and the renewed sense of purpose and optimism after Labour’s landslide victory of 1945. After watching how most of the work of that time has been undone, from THATCHER’s privatisations through to the current government’s dismantling of the NHS, the audience cannot avoid being identified with his anger. Without any theoretical explanations, LOACH tells the audience that capitalism is unable to protect one’s life. The clear visual contrast between the two different ideologies on how they influenced the life of people and the realism draw the audience and make them forget about arguing about if those Labour voters were really socialists or they simply wanted to have a home and work, if the 30 years from 1945 were such a marvellous time as portrayed in the movie. The Spirit of ‘45 is a propaganda piece, and maybe a beautification of the memories. However, it’s worth dwelling on why these people feel nostalgic about the era and why we need this now. (SEOL Suan)