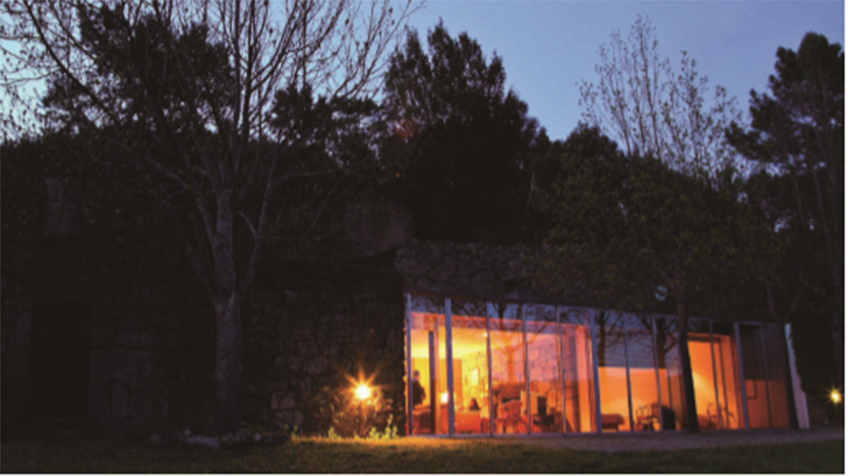 Reconversion directed by Thom ANDERSON is a film about the world of Eduardo Souto DE MOURA’s architectures. Introducing representative works of architectures of Eduardo who is a winner of Pritzker Architecture Prize which has been called the Nobel Prize of architecture, the architect himself explains his world of own architectures as a narrator. In this film, Thom ANDERSON does not only introduce the world of great architect, but also makes it correspond to the world of his film work. The most distinguishing feature of Reconversion is the application of the ‘Time Lapse technique’. Time lapse is a technique which the camera records images at a slow interval, around a couple of frames every thirty seconds. It is usually used to observe the movements of the heavenly bodies or record the construction process of a high-rise building or a large vessel. The footage of Reconversion, which is filmed using a wide range of time-lapse technique, actually looks unnatural and discontinuous comparing to normal films recorded at 24 frames per one second. Then, why did he choose this particular technique? If you think of the fact that he directed Eadweard Muybridge, Zoopraxographer in 1974 and his former works have questions about the film media itself, time lapse technique used in Reconversion can be explained as the meaning for the exploration of the beginning of motion picture such as chronophotography from Etienne-Jules MAREY, or sequential photographs of Eadweard MUYBRIDGE. In addition, time lapse is a very appropriate technique to display the main subject of this film, which are stones, buildings, ruins and so on, in the way that the technique can show the objects with condensed time. A piece of stone or a building exist in different times that humans cannot experience. In this respect, the work of Thom ANDERSON that builds one film accumulating each frame as the fruit of the condensed time, is quite the same as the work of the architect which completes solid structure, gathering hundreds of thousands of year old stones or stones from over millions of years ago. (KIM Yi-seok)