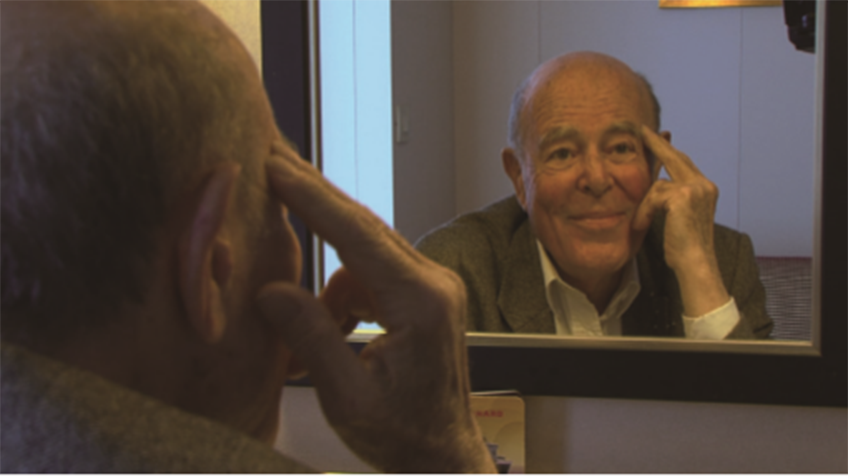 It’s no doubt that Marcel OPHLUS is a milestone in documentary history. His documentaries are well known for handling serious topics and his approach to the film is controversial. The Sorrow and the Pity based on cinema-verite deserves recognition as a remarkable documentary which is a four-hour film about the Nazi occupation of France. Since he has been passionate about analyzing the past, he inspired cinema-verite documentarians who get involved in social activities. But over time, he has seemed to put effort to analyze the society with his eyes. Ain’t Misbehavin... is a private documentary film in which he, his crew and the socialites are recollecting past memories of movies. This film includes the interviews with struggling interviewees and a scene that is taken secretly. More than all, he has tried to show a process of recovering the memories that had vanished. It is worthy to call this film as Marcel OPHLUS’ souvenir shop. As he is known for provocative questions, all of his private memories go into the movie history. He starts by bringing back memories of the past days with Hamilton FISH, the producer of Hotel Terminus: The Life and Times and Klaus, then suddenly jumps into the middle of French movie history by bombarding bold questions to Jeanne MOREAUS who is a star of nouvelle vague. In addition, he shows a close friendship with Fredrick WISEMAN(documentarian) and had a serious debate with Elliott ERWITT(photographer). The interviews with Woody ALLEN, Stanley KUBRIK and Otto PREMINGER are full of joy and embarrassing questions. He still continues to ask provoking questions, which is the power of his film, but this is sometimes cute and cheeky considering the fact that the questions are personal. The title of the film looks like a sweet excuse by meaning ‘I didn’t mean to do wrong’. If the movie is not shot with the point of view of the film maker, you won’t be able capture things which are ‘about films’, ‘by films’ and ‘for films’. It’s a very special memory. (SONG Kyung-won)