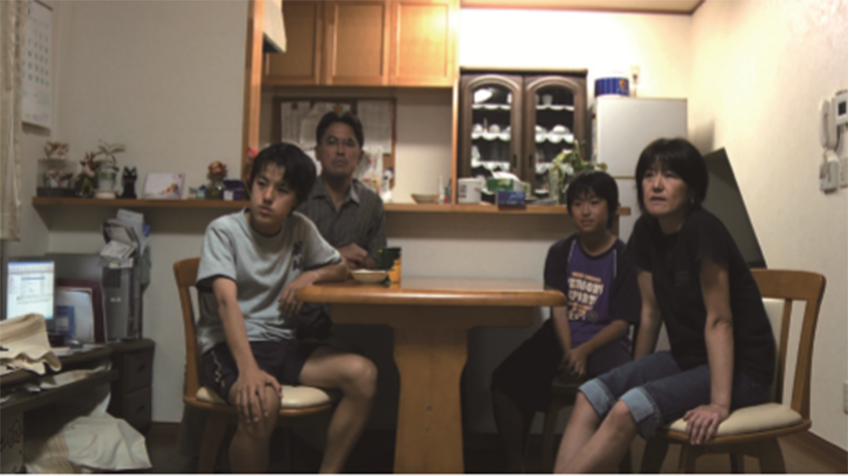 The documentary Rent A Family Inc. began with a newspaper article. Director Kaspar Astrup SCHRÖDER, who has been to Japan only a few times for work and travel, realizes the huge difference between the Eastern and Western cultures when he unintentionally comes across a newspaper article. He receives something akin to culture shock from learning there is a company that not only rents dogs and cats, but also people. SCHRÖDER begins his research on this phenomenon and, in the process; he meets ICHINOGAWA Ryuichi and finds out the truth behind this business. The essence of “Rent a Family” is based on the unique Japanese concept of “tateme and honne.” There is a contrast between a person’s true feelings and desires and the behavior and opinions one displays in public. This means that the behavior and actions of the Japanese people differ greatly from what they feel and believe. Ryuichi is an ordinary man with two children. However, he has a special occupation. He rents himself out to others. At times, he becomes the husband of a divorcee or the father of a young woman in her 20s. He says the reason he has this business is to save money to go on a trip to Hawaii. However, the real reason is something else. It is his duty and responsibility as the breadwinner of the family that is propelling him to continue running this business. He remarks that all men have to take on a huge responsibility since their families rely on his income. This attitude towards life forces him into extreme situations at times. “I consider committing suicide every day.” He is burdened by his responsibility for his family to the point where he contemplates taking his own life. Like the smoldering cigarette he smokes, his life is dwindling. Yet there is nothing in this world he cannot do, because he has his wife and two sons he has to take care of, and the trip to Hawaii he has been dreaming about. He reminds the audience of the Blood Merchant in the Chronicle of a Blood Merchant, who sells his blood to improve the lives of himself and his family. Rent A Family, Inc. follows Ryuichi and records his daily life. It presents to the audience a typical desolate family of modern society without communication, whose members even eat dinner in silence. It is true that the audience might be left with a sense of melancholy at the end of the film, but his efforts to create a better future for him and his family make people hopeful and happy as well. (JI Yong-jin)