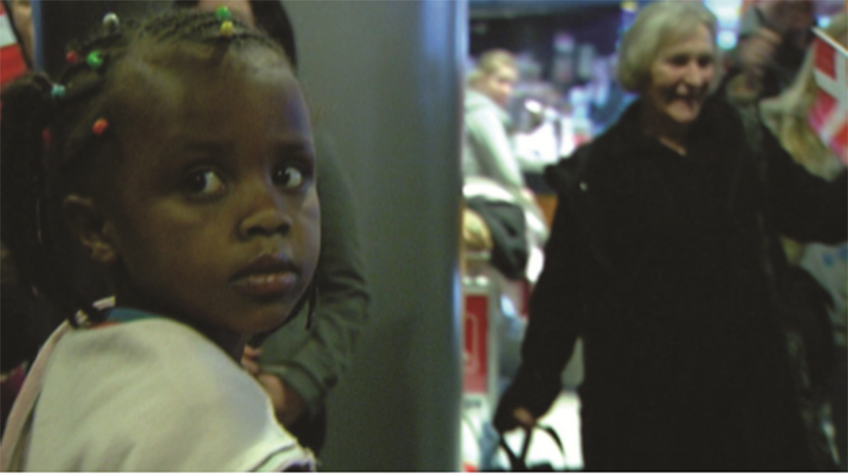 Mercy Mercy - A Portrait of a True Adoption

International adoption has been one of the major social issues even in the Korean society, which once was one of the main suppliers for international adoption. And now African countries seem to have taken the position of the main supplier for adoption and above all, Ethiopia has been a new rising market for the world of adoption. Seemingly, international adoption has been considered as a good alternative for both parents who want their child to have a better life and opportunity, and parents who need a child can get a chance to have a family. As a result, the international adoption market has been contantly growing. Mercy Mercy - A Portrait of a True Adoption is a 4 yearrecord of adoptee Masho and Roba, brother and sister, from Ethiopia to Denmark. A Denmark couple who expects to adopt kids from Ethiopia visits to a small village in Ethiopia to meet the children. The parents who are diagnosed with HIV infection want to give their children a better environment and future. However, the relationship between Masho and the new parents don’t seem go well. The new parents begin to feel despair when dealing with Masho and the parents in Ethiopia begin to regret their decision and worry about the kids. They don’t receive any letters from the new parents, which the agency promised to get them periodically. Being tired of struggling with Masho, the parents in Denmark finally decide to send Masho to a facility in Demark, believing it will be the best choice for her. While following the kids and the parents for 4 years, this film raises a question of international adoption, and asks who benefits from the adoption and whether the international adoption leaves a deep wound to both parents and children. (KIM Young-woo)