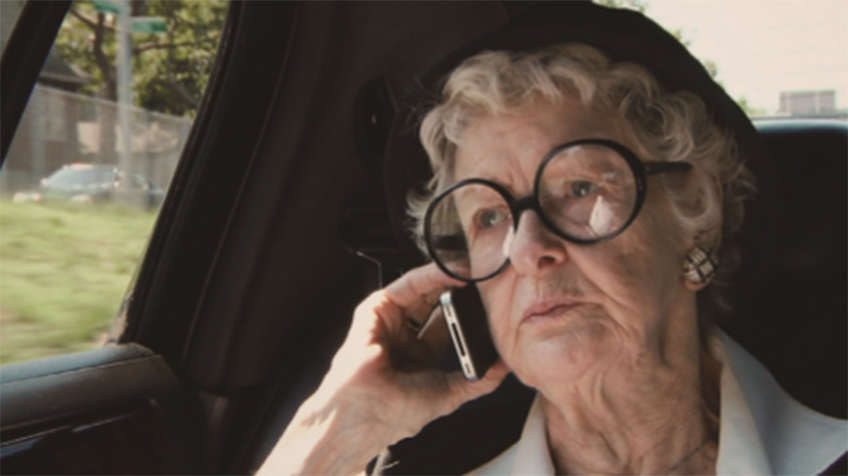 87-year-old Elaine STRITCH has spent 60 years in acting career. This proud and witty Tony and Emmy Award-winner still acts on the stage of Elaine STRITCH at Liberty and goes on national tour. She is not ‘once an actress’ but today’s ongoing hot actress. She is bold and glamorous. She still loves to wear a mini skirt. Elaine Stritch: Shoot Me follows on and off stage of this true legend and innate actress. Unlike those TV documentary shows of celebrities, it does not have fancy editing, always praising narrator and itty bitty interviews of everyone. Director KARASAWA Chiemi, who has worked with numerous Hollywood film directors and developed several documentary projects, has created an attractive directorial debut. STRITCH is hilarious, up-to-date and vivid. She is rather short-tempered. She is shy, too. Sometimes she refuses to shoot. Yet, KARASAWA manages to keep observational, natural and honest documentary about the actress. The camera takes us to her pictures, portraits, her young friends, and her glamorous lifestyle. On the other hand, alcohol, diabetes and aging make her life tough. The film also captures the harsh realities of acting at eighty-seven. When she acts at the theater in her hometown, we witness her striking return to home with glory. Reflecting her complex personality as an artist, the film is colorfully loaded. It is a poignant and delightful work. (JEONG Minah)