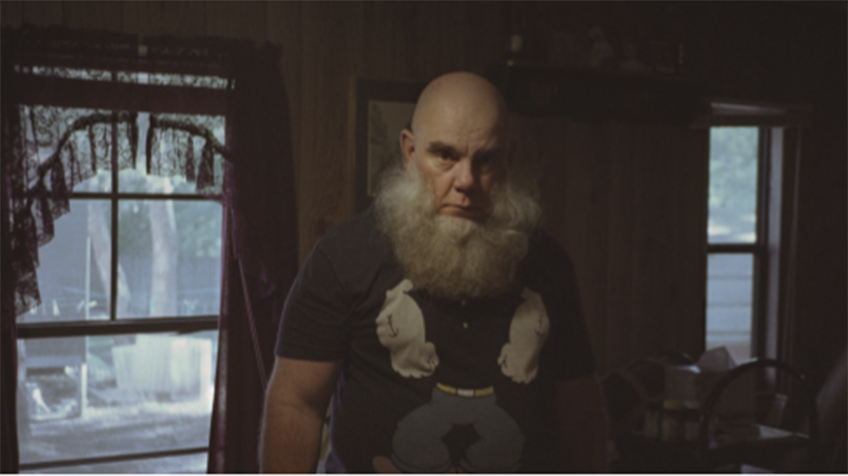 After Bob MASER was swindled, he lost his house and car and lives in a small container with his family. One day, he hears from someone that his car is found in Detroit, and so he goes to reclaim it. In the car, he finds a notebook left by Bill the fraudster and Bob decides to track him down. According to Bill’s notes, mostly about his fraud information, Bob starts his journey across the country. Not like other documentaries, this film takes the structure of a road movie and thriller. With the characters written in Bill’s fraud notes and people Bob meets during the journey, the film gets closer to the reality of American society after the financial crisis. From west to east, Bob’s journey goes through Detroit’s fancy town center, Slap City’s desert village, and Los Angeles’s underground residential area in the sewers. During the journey, the urban poor helplessly reveal themselves in the collapsed figures they have become since financial crisis. The Bob-oriented narrative, however, connects several stories in order to avoid excessive emotional identification or sympathy and to suggest contemporary US society as a landscape. The film doesn’t dissect crisis of society but rather it calmly spreads scenes by dramatic reconstitution and rearrangement on the screen. This is a portrait of America seen through the eyes of a stranger (Bob and the director) traveling in a strange city. The film doesn’t show Bill the fraud even at the ending but approaches the society called America in which Bill’s fraud schemes have all been made possible. People remember Bill as a handsome, trustworthy man with eloquence and that’s exactly how people remember America. Therefore, Bill embodies an omnipresent loss and frustration, failed American dream and crisis of the poor in survival and at the same time he is the contemporary America that frustration and loss head toward. Bob’s journey across the country looking for Bill becomes the first question about the crisis in this era. (BAE Ju-yeon)