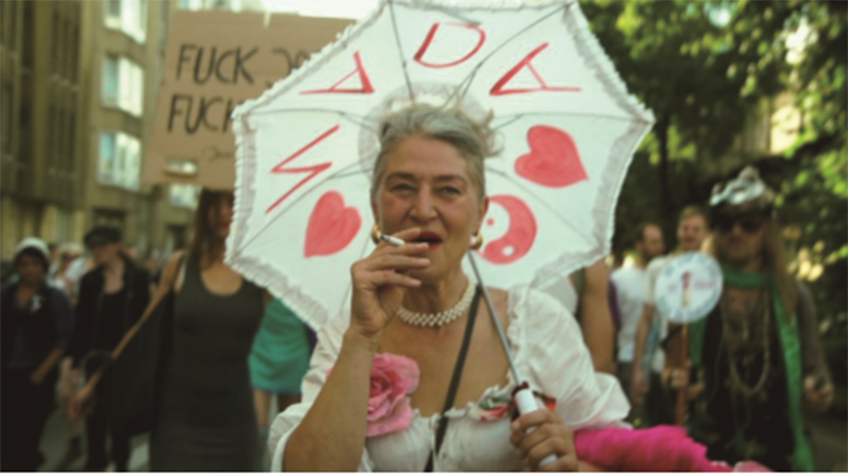 Many people make various efforts at personal level to protect the environment. Some choose to be a vegetarian, some are sensitive to energy efficiency, and others are very interested in the issue of waste discharges. In other words, everyone does something. But it does not seem easy to meet anyone who engages in their environmentalprotection initiative as creatively as the members of “F*ck for Forest.” The organization’s central members Tommy, Leona, Natty and Danny raise funds for environmental protection by, well, having sex. Like hippies, they enjoy free sex, champion physical freedom (nudity) and call for the free use of psychotropic herbs. On their website, the members receive a monthly donation of 15 dollars in exchange of pornography they make. Mostly they star in the videos, but sometimes those who support the organization’s purpose voluntarily shoot pornographic videos as well. This private organization has decided to use the revenue for conserving the tropical rain forest in the Amazon basin. Called “lungs of the planet,” the Amazon rain forest is the most mentioned area in connection with global warming and environmental destruction, since the area is the barometer of the severity of our planet’s environmental conditions at a time when the general public, let alone environmentalists, are forced to re-consider their way of life to save the ailing planet. After a long flight and tough journey by boat, the “F*ck for Forest” members arrive at the Amazon forest to meet natives who appear to respect and live with the values the environmentalists have pursued. Their patronizing false awareness is completely broken when they meet some Amazon farmers at a village hall to give them funds. This film reveals the biting truth regarding the selfish and childish attempt of the European civilization, which secured the world’s vested interests through development and progress; to breathe clean air with the help of the Amazon nature. And through the ending scenes that are humorous, satisfying, and yet somewhat sad, the director criticizes that beautifying the “underdevelopment” is the luxury given only to the “developed” civilization. (KIM Ji-mi)