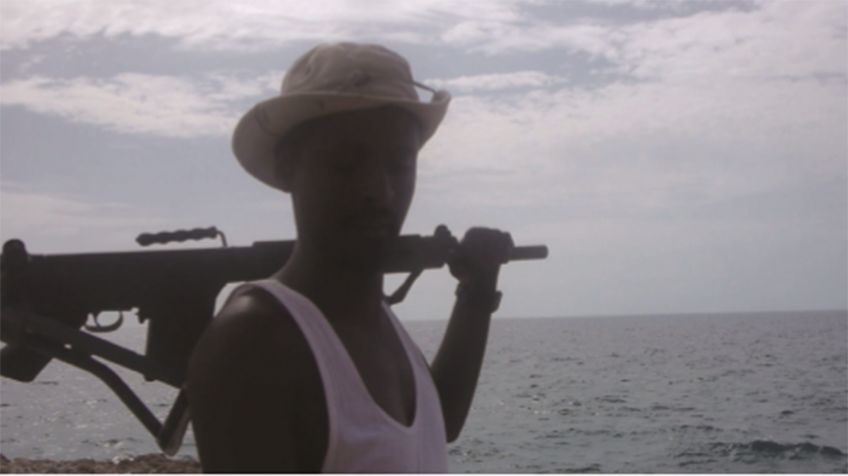 The Captain and His Pirate

Between a captain and a pirate, who is good and who is evil? Just by the title, we already know the answer. Of course, the captain is good and the pirate is evil. With the image that Peter Pan has created, pirates have always been the axis of evil. Pirates take over ships that are sailing on its own course with whatever valuables that it may be loaded with. Pirates are the thieves out at sea. The story of the Somalia pirates does not seem like a fairy tale to us anymore. For us, this seemingly strange story was experienced through the event called “Pre-dawn Mission”. The problem is not the kidnap itself. Yes, we could all agree that pirates are criminals and law-breakers, but the matter of good and evil is beyond the border of law. It is a rather an ethical question. The film asks about the minimum morality for human in the ultimate crisis; who is good and who is evil? For pirates, robbery is a way of living. Ahado, the leader of pirates, would even kill to rob, but says it is an important act of living. Then what does the leader of the pirates mean to the victim, Kotiuk, the captain? Surprisingly, Kotiuk says Ahado was the only human being in that pirate ship. Here, he refers human being as a person with minimum morality and ethics. What pirates want is a ransom. But the company that hired the captain gives up on the ship. It gives up the lives of the people on the ship as well. The captain tries to escape from the critical situation but the situation gets worse. Far from helping the captain, sailors even try to join the robbery. What is worse, they cause violence to the captain and resist against his leadership saying he is not the leader of the ship anymore. At that time, the only person who asks if he is okay is Ahado. The captain is kept in captivity for ransom, not for his head. The company and sailors give up on the captain in front of the proposition of danger and profit. The film presents the story of the pirate leader with the process of the captain’s psychological treatment for his traumatic memory of abduction. With cross edited images, a desperate victim and a cold perpetrator go toward one point. What is humanity, then? What is good and what is evil? The film asks and shows. (KANG Yu-jung)