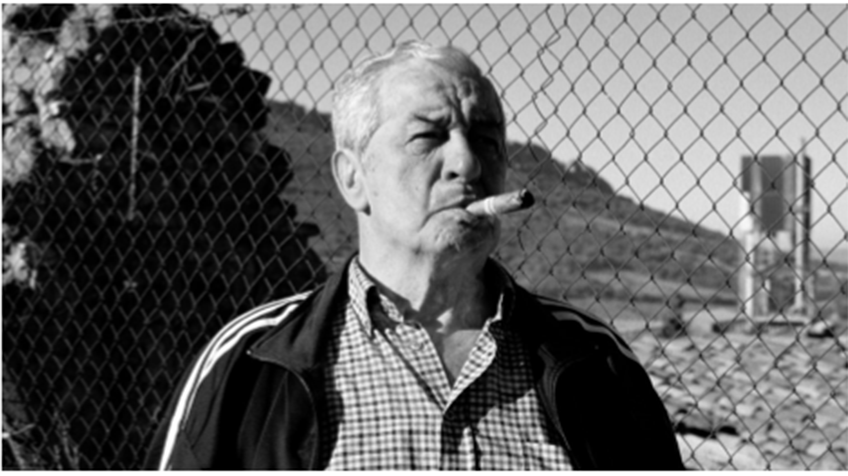 Almadén is a small town in Spain which has been well known with its mercury mines and this historic site was registered as UNESCO World Heritage. But in the course of closure of the mines, the mine town, which was once crowded with cars and people, has now been dead and Pablo, who long worked at the mines, now lives his last stage of life with doing nothing. Although Pablo has a serious health condition and had several heart attacks, he never listens to the doctor’s warnings and suggestions. He never stops smoking and drinking, and just lives the way he insists. Hanging with his grandson, teaching him how to ride a bicycle, and joking around with his old friends, he seems to waste his last days. Pablo’s Winter is a film following the daily life of Pablo and featured with its beautiful black & white images and structures, and charming characters. Especially, the scenes where Pablo and his wife talk at the table and dance at the club make this film seem a fiction rather than a documentary, and it proves the director’s felicitous rhythm and directing skill. In addition, the scenes of an old, empty building he visits with his grandson and a trip to the inside of the mines where he visits with his wife, successfully capture the loneliness and emptiness of this old man. This film which follows a ‘still life like’ life of old man with beautiful black & white images along with a sense of humor and uniqueness, won the best student award at 2012 IDFA. The director used to make short films before and now he has jumped into making documentary films. Mixed with fiction and documentary, this film shows talent and a bright future of a promising director. (KIM Young-woo)