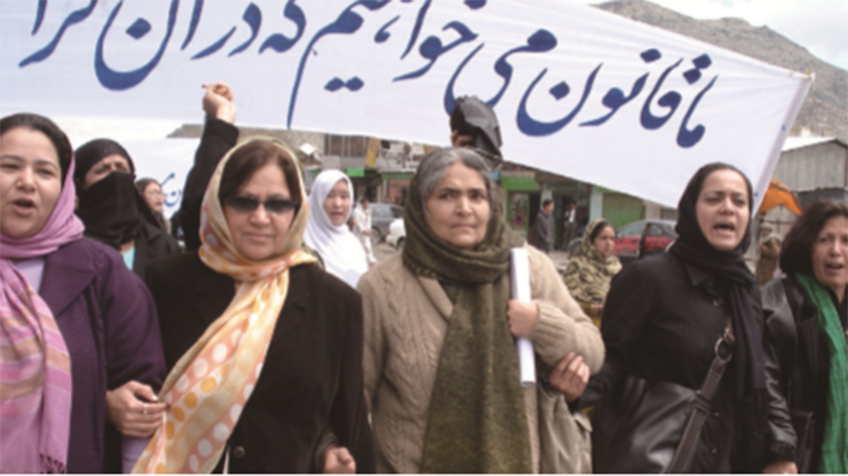 The Stoning of Soraya M., When We Leave, Incendies have one thing in common which is showing the life of women in the Middle East. They have a thing as important as locality. That is, what religion they have. For Middle Eastern women, the common noun “human rights” is strange. Well, it is rather too far away. In 2009, the national assembly in Afghanistan approved Shia Family Law. This law punishes women when they leave home without their husband’s permission or when they refuse the husband’s sexual demands. Afghanistan women want to check the implementation of the law. To the women who have accessed to different worlds, the law is violence and degeneration. These women hold a protest demonstration in front of the biggest religious school in Afghanistan. The real problem follows after the protest. Men say those women are only the crazy followers of the West. They say women in the West would do anything for money; to the extreme where they would be almost naked for advertisements, and sarcastically ask if that if what freedom is about. For the Middle Eastern men, insisting on women’s rights is westernization and an ethical fall. However, women won’ t give up that easy. This movement can be the first action trying to secure their rights. Protesting, asking and enduring are their efforts to take back their human rights on what they rightfully have. Their movement is their hope and future. Even now, Islamic women want ethics and duties as a human and not as a woman, in which the law is equally applied to everyone not discriminately. They want the freedom to choose a humane life, the freedom to decide one’s own life. (KANG Yu-jung)