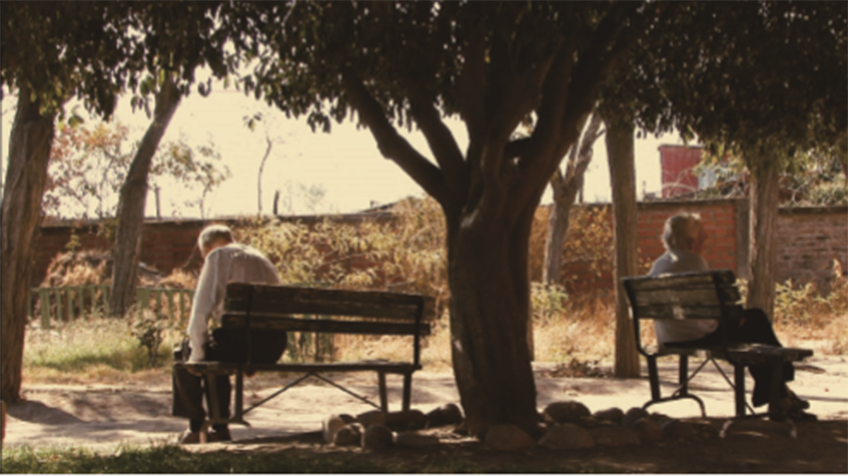 Aging is a painful experience. As one gets older, it becomes more and more difficult to connect with the world. For example, listening to the voices of others becomes more problematic. This is primarily due to the loss of hearing, but more significantly, with age one finds that the chances of keeping someone by his/her side that would speak to him/her tenderly get slimmer. Getting old puts some distance not only between you and others but also between you and nature. Moving about to see new scenery as season’s change, to hear the sound of waves, and to feel the breeze from mountaintops is no longer an easy job. This documentary features elderly residents living out the last days of their lives in a Chilean nursing home, each for their own reason, and realistically yet poetically portrays the poignancy of their situation. The directors remain as voiceless as possible behind the camera, and employ ‘direct cinema’ techniques. Yet, it is evident from the frame structure and the editing of the film that a great deal of effort went into delivering the directors’ perspectives. Each scene oozes with the very loneliness and sense of isolation that the elderly residents must undergo. Director Cristian SOTO, who had spent a lot of time with his grandparents, naturally learned the meaning of growing old. With the greatest care, he casts light upon the position of the elderly as total outcasts in the midst of the rapid development of the modern society. The radio broadcasts echoing across the ever-silent nursing home effectively speak for the thoughts of the elderly residents. Therefore it is all the more heartbreaking to see the old DJ, who has taken on the role of the messenger for the elderly residents in the nursing home and served as their voice and a listening ear, announce that he may be giving his last broadcast due to heart surgery. This film leads us to constantly reflect on the issue of how to accept death that is always around us, as well as the idea of being forgotten by family and the world. Without a doubt, we will one day be where they are now. Therefore, this documentary is not about the isolated ‘them.’ Rather, it is about ‘our’ present society and how to set the right direction in ‘our’ lives. (KIM Ji-mi)