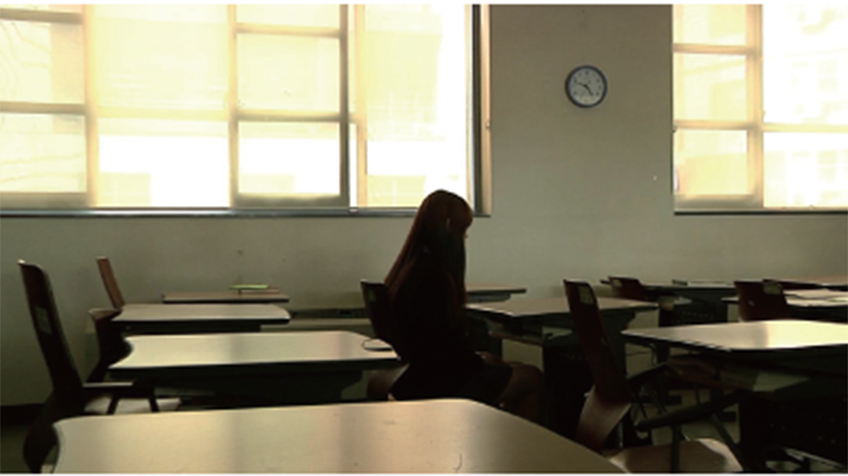 We had no idea about the seriousness of teens with depression, and how desperate and vital psychiatric therapy is. The harsh competition for college admission and school violence make them suffer inside so bad, that they struggle to run away from it. This ignorance might arise from an easy thought that their troubles and stress can be gotten rid of by chitchatting with friends or idolizing K-pop stars. Or it might be cowardice to pass their pains over onto social agenda like personality education and renovation of public education without empathizing with them. Feel Like... focuses on the rapid increase of teenagers’ depression. Several data and statistics say that quite a large numbers of teens have experienced depression or inertia. Specialists suggest that they need to speak out about their problems and take psychiatric therapy, where their stories can be listened courteously. The reality, however, is somewhat different. People have strong reactions and prejudices against psychiatric treatment. Parents who were asked what they would do if their children suffered from depression answer that they need psychiatric therapy of course. But on the other hand, most parents are sure that their children are happy and satisfied with their school lives. Consultation system in school is so lame that consultants even admonish a teenager who calls in for counseling. The film carefully reports the issue of teenage depression by listening to those with depression, meeting with specialists, teenagers, and parents. The words of a teenager who suffers from depression illustrate the crucial matter that in depression, the helpless feeling is most unbearable, but there’s no place for therapy around her. These are desperate cries of help which can’t be resolved by such clichés as “everybody is lonely and depressed” or “problems will be solved when you become a grown-up.” (PARK Hye-mi)