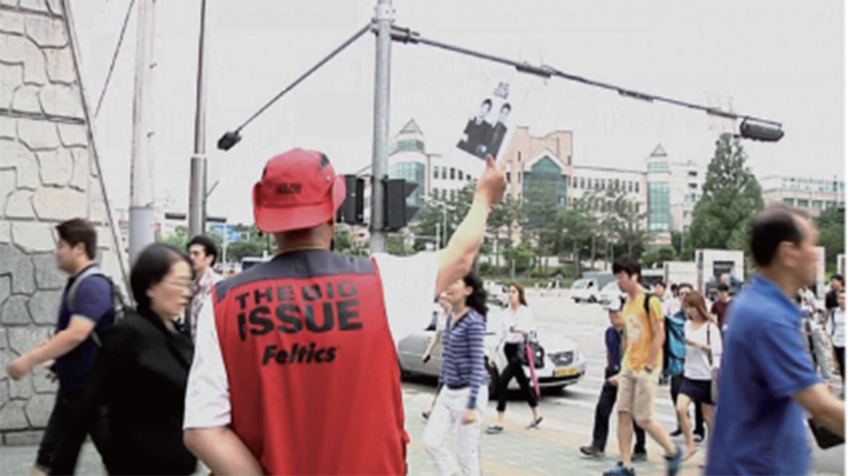 The Big Issue is a monthly magazine launched in UK for helping the homeless’ self-reliance. It drew attention by putting Hollywood stars and celebrities on the cover and Korea published its first issue in July 2010. How much do people know about The Big Issue, indeed? The film crew goes out on the streets from that curiosity. Becoming sales helpers, they cast various questions onto the salespeople and passers-by. Real stories and plans give more vivid shape to the magazine’s significance. For example, a salesperson has attained self-reliance with constant sales and got a rental house, and is dreaming of another bigger dream. Readers talk about what they feel sorry for and what they expect on the magazine. This film is remarkable in that it focuses on the society and those who usually don’t get attention, not on things about the youth’s ordinary lives at school. Moreover, it doesn’t simply employ the social minority or the underprivileged of the homeless as a material, and this makes the film overcome its (somewhat) typical form of interview, narration, and fixed format. The crew actually participate in their lives and sympathize with them, who spend time with them as the helpers, and cheer and support their past and present. A guy feels dreamlike yet, another stops drinking, and another gives buyers candies. It’s the virtue of this film that it catches various people in the society in various views which are neither heavy nor light but warm. (PARK Hye-mi)