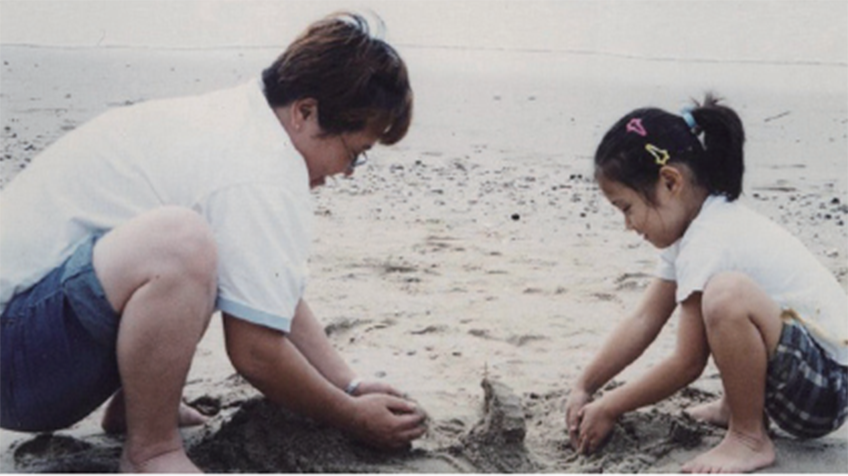 Because You Are My Mother

Daughter provokes her mother for no particular reason. She is not able to explain logically why she is so upset with her mother and even to herself. The film seems to be her journey to find the reason of her irritation, presented in opening scenes of the film. The daughter visits her maternal grandmother who raised her instead of her own mother, meets her mother’s friends and her divorced father to ask about her past and her mother’s past. Her mother’s past is quiet tough. She met a man during a labor movement and married him without love. Eventually they got divorced and she came to Seoul to earn money. Mother says, in a somewhat cold manner, that it was an inevitable decision. She doesn’t make a hasty apology or present a sense of guilt. She says she is sorry but then again, it is their lives. The daughter understands. They are right. That is life. There are times to make unavoidable choices and after all, that’s no one’s fault. Thus knowing the facts is all she can do. However the daughter confesses that she is hurt because of mother. I feel so sad. I’d like to show this film to not only teenagers but also grown-ups, especially those who have lived their life to the full. You will see that it’s not to hold them responsible. The daughter resembles her mother. She is brave, reasonable and knows how to solve problems to such an extent as to film herself. Just like her mother did to her friends, the daughter seats her friends beside her. However, she is different from her mother. Because she completed this film. She has already made her own mirror to reflect herself since her teens. Now, she doesn’t have to depend on her mother. She doesn’t need to wait for her nor blame her. She can start her own life. Way to go! (AHN Seul-ki)