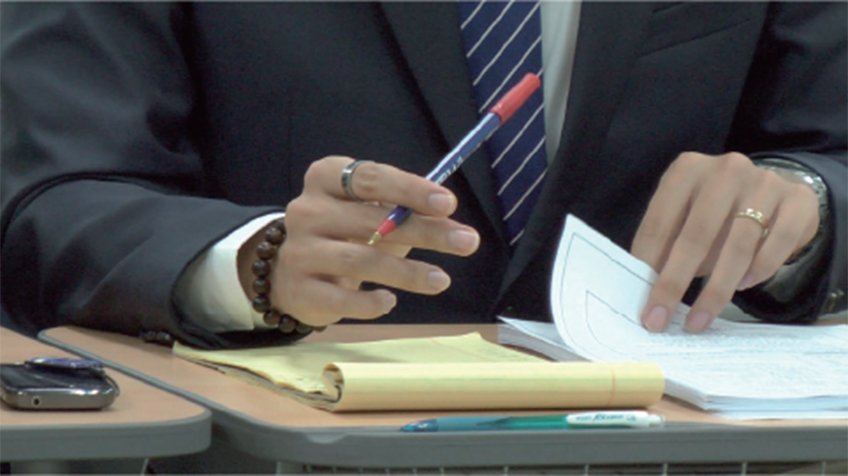 Run, Run, as Fast as You Can

A story of one management association of prestigious private college, Run, Run, as Fast as You Can shows tough lives of young Korean people in their twenties in 2000’s. Sometimes the camera quietly observes and records certain situations and throws questions to characters one by one, and at times it slips the camera into one’s hand. The scenes lmed in these ways are sad portraits of young people struggling for their future to be ahead of others. After major job interviews, which requires formality and proper outt, the association holds an orientation event imbuing pride to new members with the slogan of ‘fostering global business leaders’, which then leads to their rst intensive regular meeting. During this busy and suffocating rst semester, friendships or relationships disappear without a trace. And then the situation follows that one has many colleagues but no friends at all, and that wanting friends can be extravagant thinking. I don’t think every college student live this way but in the eyes of people who don’t live like this, they are ‘a bit nauseating’, but in ‘a desirable group.’ What’s interesting is the member’s self-videos. We don’t know what questions were asked but the main characters confess their worries quite honestly. Their worries are mostly the regret or frustration about the reality in which they have to give up the present, being pushed by something for the future. Under the pressure for outdistancing others, individuals nd themselves constantly weakened. But they hypnotize themselves saying it will all work out eventually. It is said that job-related clubs and groups encouraging self-development are more popular than the societies for hobby or friendship in universities. Is it a problem to blame the twenties only? Didn’t our society force them out to the situation that they must ‘give up the present for the future’? Are grownups different, then? Having us keep inging these questions, Run, Run, as Fast as You Can is truly a sad lm. (HUH Kyoung)