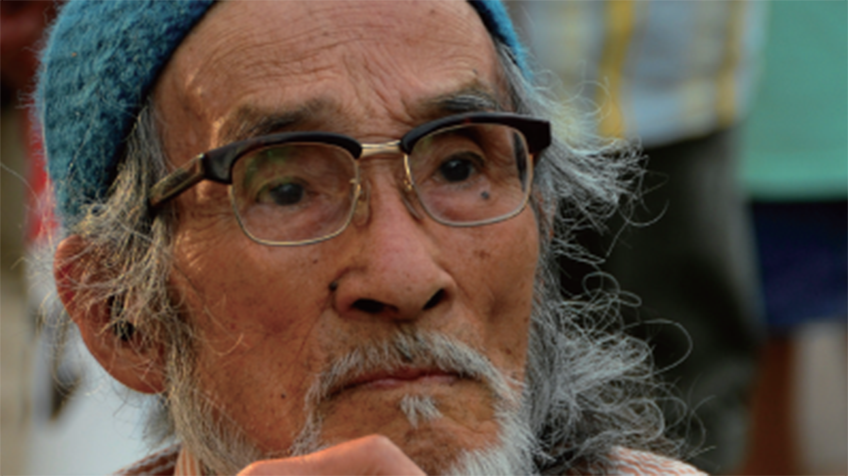 JAPAN LIES - The photojournalism of Kikujiro Fukushima, Age 90 - is an individual’s biographical film about the life of FUKUSHIMA Kikujiro, Japan’s legendary photographer. It is also a record of resistant memory about modern Japan’s public history. FUKUSHIMA began his professional career when he met an atomic bomb victim in Hiroshima. Even at the age of 90, he still vigorously works as an activist and artist to fight against the issue of Fukushima’s nuclear accident. Over 250,000 photographs taken over the past 66 years show the ups and downs of postwar Japan and the moments of resistance. These include the body of a man who has lived a miserable life due to the after effects of the bombing, the gestures of people who fiercely resisted the construction of Narita airport and the conclusion of the US-Japan security treaty, patients of Minamata Disease dying of mercury addiction, the bodies of young women who pioneered the women’s liberation movement. The images of these people in FUKUSHIMA’ s photographs serve as evidence that discloses the repetitive lies of the state authorities and also as symbols of the vigorous lives that resisted such lies. This film creates a portrait of a great artist by interweaving FUKUSHIMA’s private life and public ― artistic and political ― life. The images of the 90-year-old man presented in the film are as sad and as beautiful as the images of suffering bodies in his photographs. As people wither from time passing and disease, their bodies standing weakly still manage to hold strong will to live, undaunted by the state power or illness. That is also the will for uncompromisable political resistance and the artistic will to reveal life’s strength and beauty. The only weapon of this old photographer is his old camera and typewriter. But the film proclaims that no state-of-the-art weapon of any state power will cover up the power of life and truth created by FUKUSHIMA’s humble little tools. (BYUN Sung-chan)