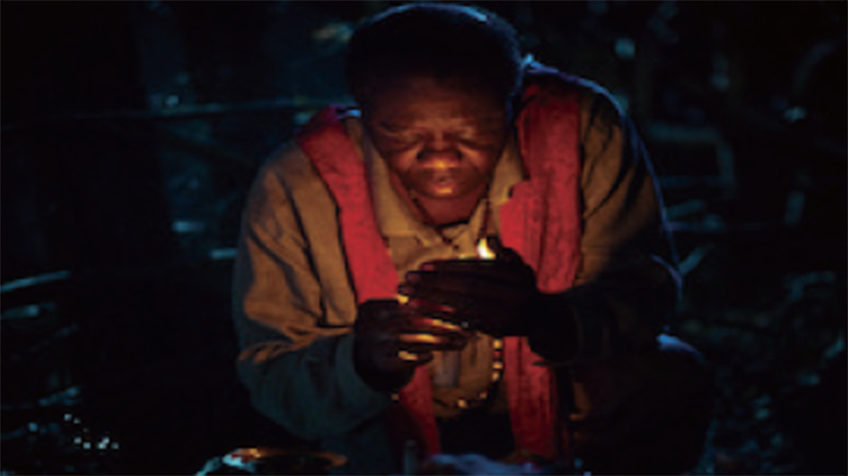 The Art of Disappearing

On the surface, The Art of Disappearing shows the encounter of a Haitian Voodoo sorcerer’s story and Polish history during the time of upheaval. Amon FREMON believes that he is a descendant of Polish soldiers who were abandoned in Haiti, after the Haitian Revolution. He talks about his spiritual experiences, and ritual for Poland and Haiti’s prosperity, and suspicious deaths. However, the film looks totally different when we doubt his testimony. Documented images and art house like approach in the film seem unsure. Now, this looks similar to our media which always dramatize a case. Even our journalism reporting today’s incident has exaggeration. The film deals with years of past, should we expect pure truth? The Art of Disappearing looks back at Poland in the 1980s with the eyes of Voodoo sorcerer, of whom Westerners think unrealistic and unreliable. The film questions the memory of the past and the perspective on the past. 200 years ago, they helped Haitians expel French army from the land. Every Pole united for the nation at that time. It was the hottest time in Polish history. In the 1980s, they were all longing for democracy and freedom. The film wants us to ask whether the glorious time actually exist or not. The time has passed away and the Voodoo sorcerer has disappeared. Where has the heat of that time gone to? The beautiful moments of solidarity has scattered away. Is the history just an illusion? The Art of Disappearing looks at the past with unusual questions. (LEE Yong-cheol)