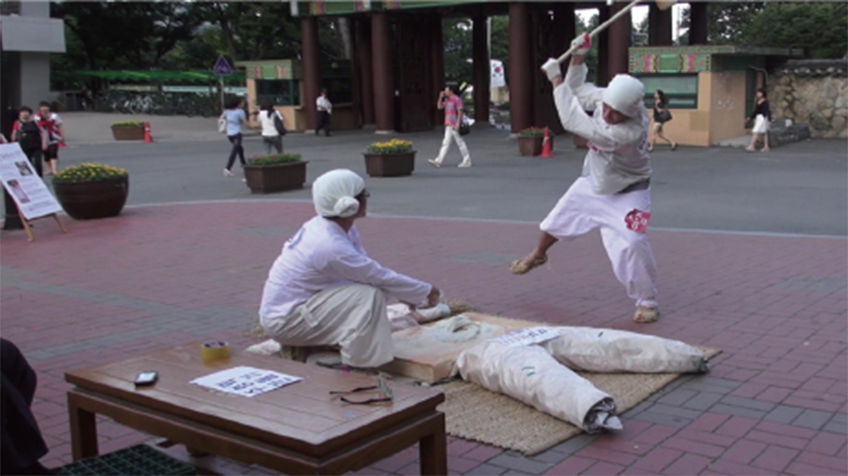 The School of Tirano

The School of Tirano is the director’s autobiographical story from the entrance into a college in 2002, up to the forced graduation in 2011. It’s very shocking, because you can see that college is not the cradle of knowledge, but the place to usurp student registration fees, suppress the freedom of expression, and force to speak odd terms. There’s the glorious lord, JOO Myeong-geon behind those surprising facts. As the ex-member of the board who returned to his position at Sejong University, he is the source of the irregularities at the school. From this, the director can’t help being a righteous cop for his college life and the “lord” becomes an escapee, using all the ways to cover up his violations. This is a one-sided ght. The offender connes the cop. No matter what effort he makes, he can’t arrest the offender. It’s because the offender is the “lord” who controls the university. Punishment can’t be expected. But the bigger problem lies outside the school, where the “lord” has greater inuence. Despite much embezzlement, he is capable of returning to his position by secretly controlling many authorities. Rather than seeing this as an individual’s special power, it seems to be of another kingdom that is set up through politics, law and capital that allows a university to exist. This lm shares personal reections and builds sympathy on ‘justice’ and ‘democracy’ with audience through the rst person narration. Also, there’re sharp parodies of songs and animations which ridiculously describe the irregularities of private schools and you can nd yourself between rage and laughter. It is interesting, as well that the plot freely come and goes between the past and the present not but a chronological way or a simple ashbacking. (OH Jung-hun)