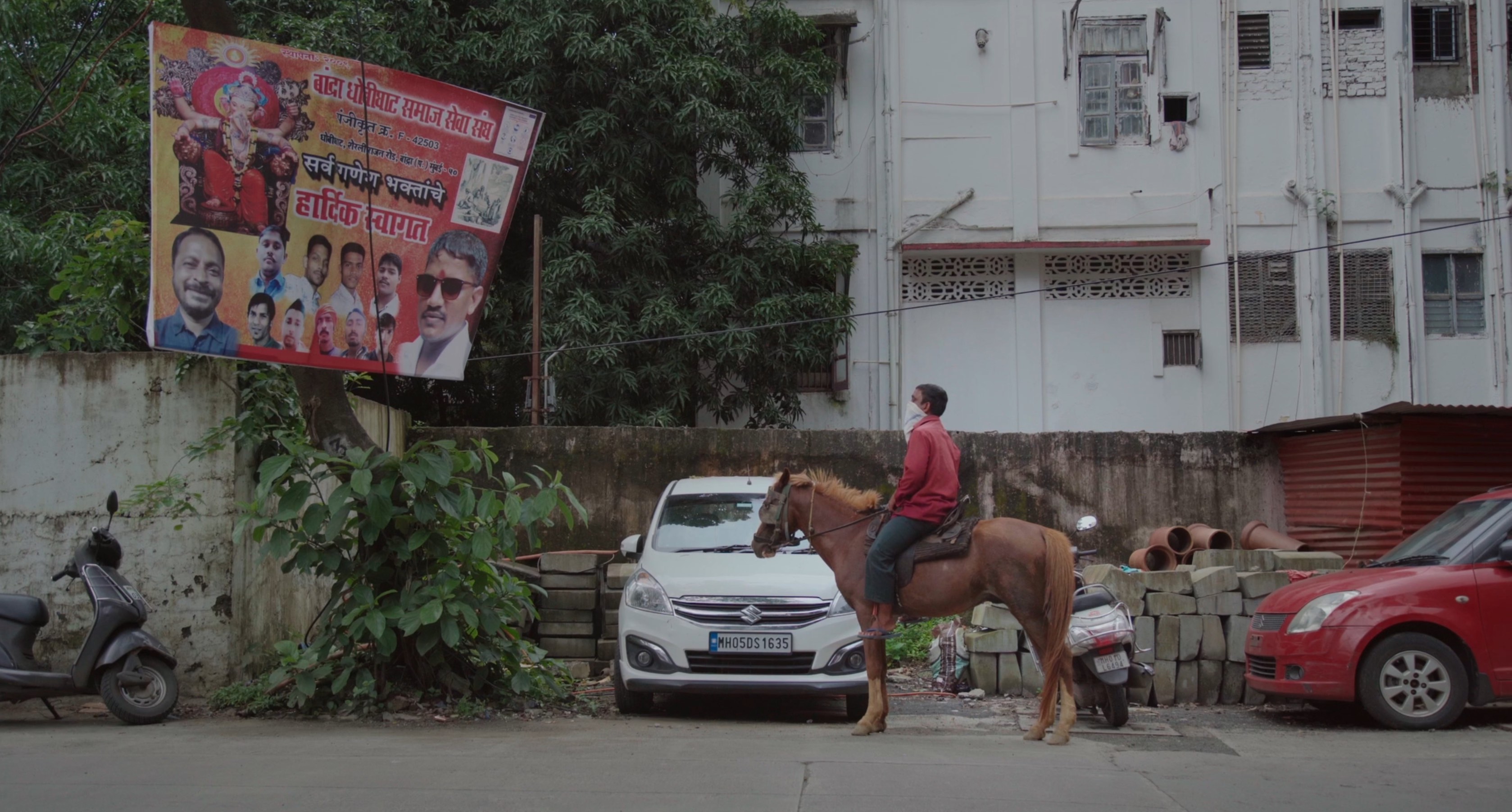 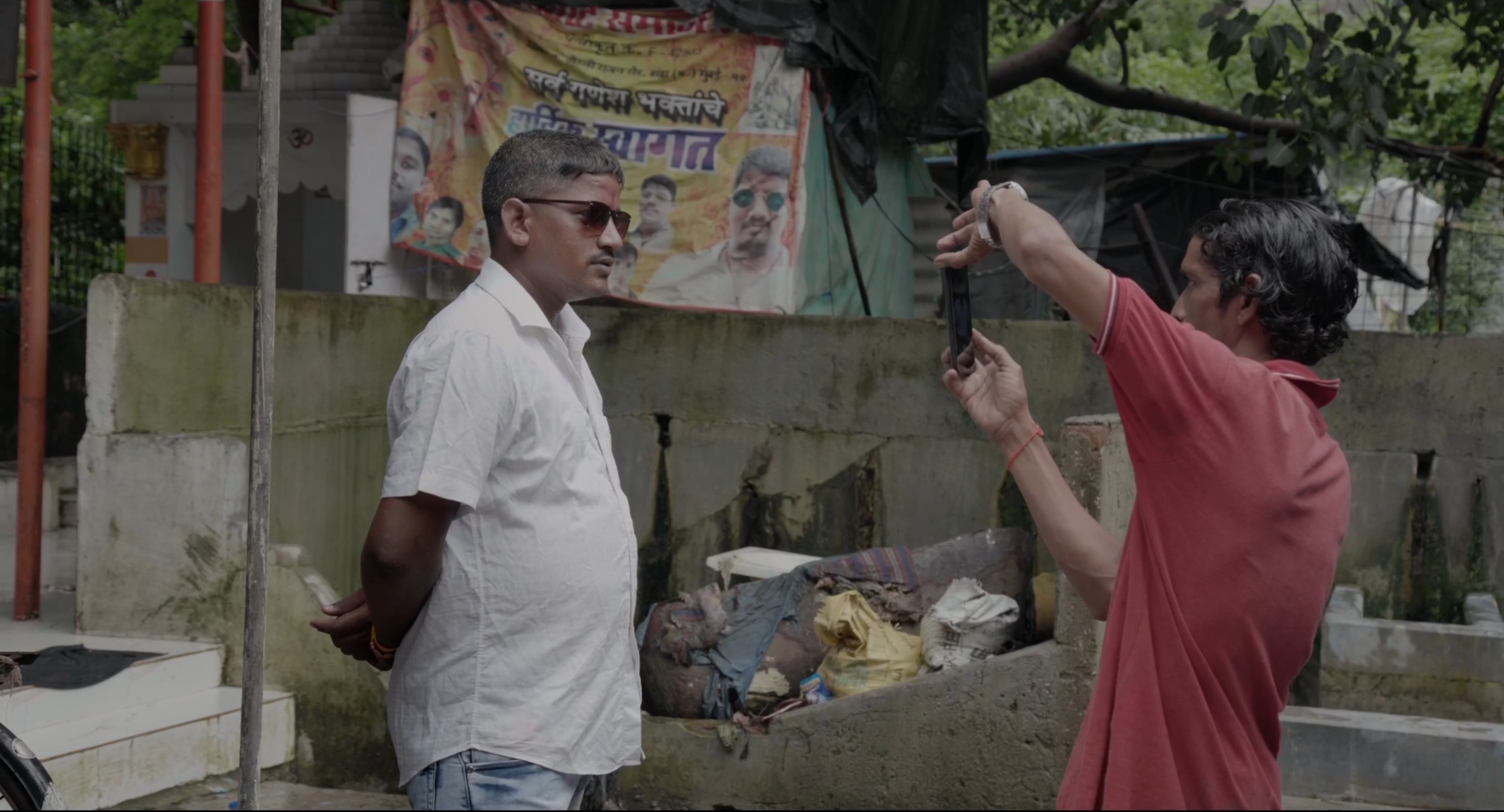 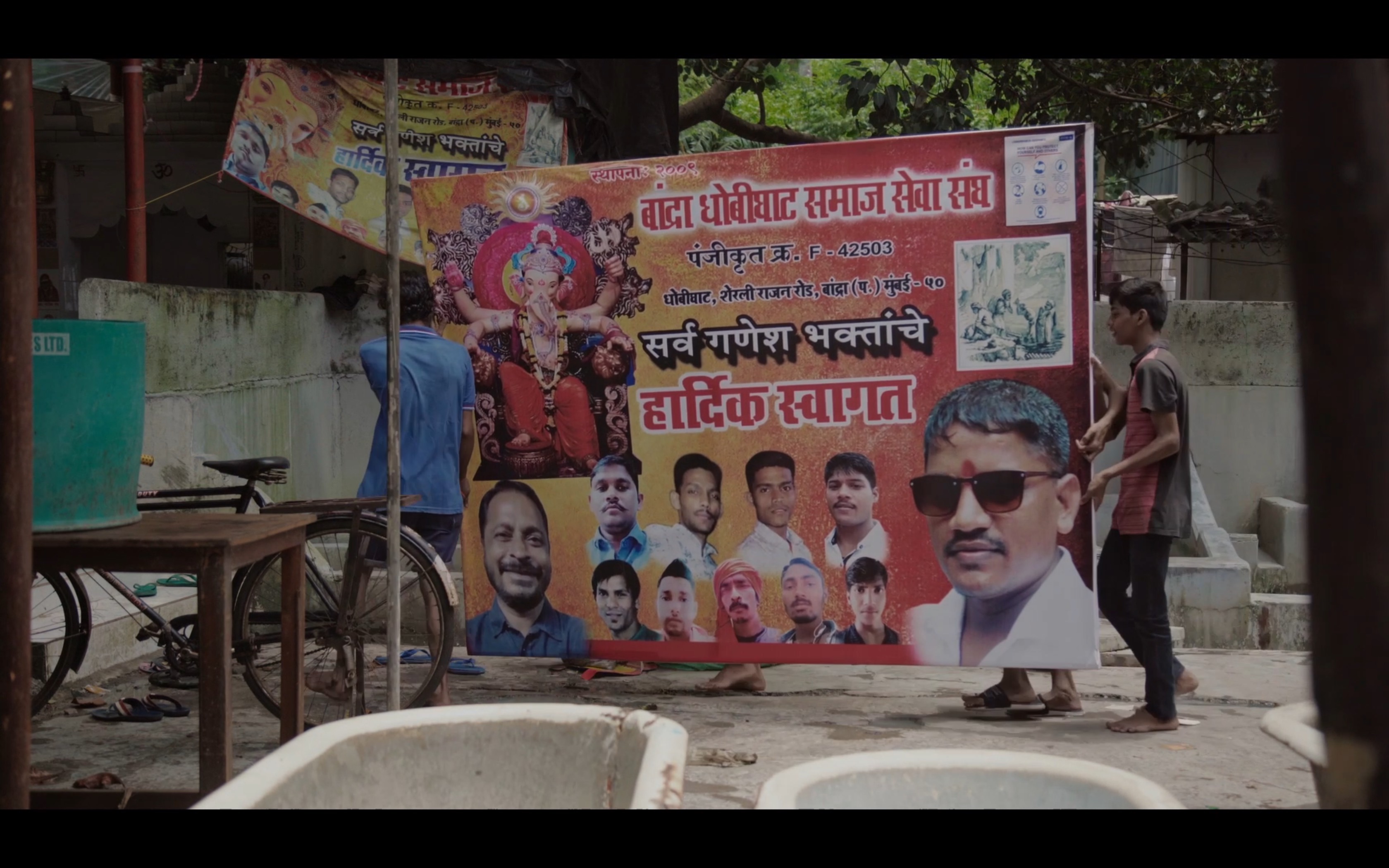 In India, there is a unique culture of making flamboyant large-scale posters. Public figures including politicians would compete over hanging the posters of their close-ups on the walls and trees, which is now spread to “everyday people” as well. Party Poster, through the lens of humor, follows a group of Indian workers known as “laundrymen” making their own posters in earnest. Laundrymen’s daily lives and their concerns about COVID-19 make up some of the most important scenes of the film, but what leaves the deepest impression in our minds is the process of creating the ideal self-images through composition and editing in the poster design. Some of the men want to enlarge their faces or artificially modify certain features, at which point, the reality and the images engage in a complicated relationship, making the audience effectively sense the privileged status of image in this time and age.

In suburban Mumbai, science, religion and politics comically collide amidst a raging pandemic, when a group of laundrymen set out to design a poster celebrating a hugely popular annual festival worshipping the deity Ganesha.​